A blog to express my strong meh stance on various matters.

Here goes the story of a friendship, how I got introduced to a book, how and for what I use my Kindle, and why you may want to own one.

The story begins by a message in Telegram1 from Amir, one of my closest friends. It was just a single link with no description. The actual conversation in its entirety is as follows:

This kind of telegraphic conversations is one of the reasons I cherish my friendship with Amir. We can skip formalities. In part it’s because I trust his opinion and taste so much so that I’m sure the content of the link is of quality. He doesn’t have to explain why I should check it out.

The link, like other long reads, went strait to Pocket and waited for Calibre to retrieve my Pocket articles using Pocket+ plugin. Calibre then makes a nice ‘issue’2 out of those; and finally emails the issue to the Kindle. One of the conveniences of a Kindle is that you can email a document to it and it’ll show up in your Kindle.3 The issue waited till I turned on the wi-fi.

With the issue downloaded, all I had to do next was to open the Issue, and read the post. 13 days after the initial introduction to the article; I finally started reading it.

The illustrations of the article are really funny. The article is Part 1 of a four-part series on Elon Musk’s companies. To be honest I skipped the other three. What I did instead was to mark the biography book mentioned in the article, ‘Elon Musk: Tesla, SpaceX, and the Quest for a Fantastic Future’ by Ashlee Vance, as ‘to-read’ in Goodreads and downloaded it on my Kindle after that. At the time I was (and still am) halfway through ‘The Picture of Dorian Gray’ by Oscar Wilde —recommend by another friend. I have to admit while the characters are well developed and the writing is rock solid and I kinda enjoy reading it, classics are not for me; as it seems to take me forever to finish them. But they are usually in public domain and free, therefore economical choices for reading.4

It took me a long time to finish this review of the book and that would have been impossible to do without the highlight feature. It can be a real timesaver to have all of your notes and highlights of a book in a list.

I'm writing the following segment months after finishing the book and I couldn't do this without reviewing my highlights. Reviewing highlights of a book can freshen the whole experience therefore a good habit to get into for someone forgetful like me .

It took me more than two months to finally open the book and start reading it. The irrational guilt associated with starting a book while I haven’t finished the last one yet was to blame. All the same, a month after that the 400-page book was finished.

Getting to the end of the book, I wished it never ended. I couldn’t get enough of the fascinating (true) story I was reading. Lucky for me —and all of us, really— he is alive and well and in his golden years. Hardly any day passes without him or one of his companies making headlines. Following the news around him is somehow reading the book after the (metaphorical) back cover.

More than anything, for me, the book was a huge motive to work hard. Musk and employees’ superhuman work ethic is the ever prominent topic in the book. As one SpaceX intern puts it, “You can work whatever 80 hours a week you want”.5 This way of work was in dire contrast with the chill atmosphere portrayed in the book I read right before this —How Google Works. And all that hard work actually sounded so fulfilling and rewarding. For a few glorious days I was working harder than I ever did before.

There are also dark sides to this hardworking startup genius, and the book does not seem to shy away from those at all. Musk’s impatience on what appears to a normal human being as trivial; and disrespect for his employees opinions; and his (dare I say deserved) huge ego cost his businesses a lot of top talents.

There is no such thing as a minor lapse of integrity.
– Tom Peters 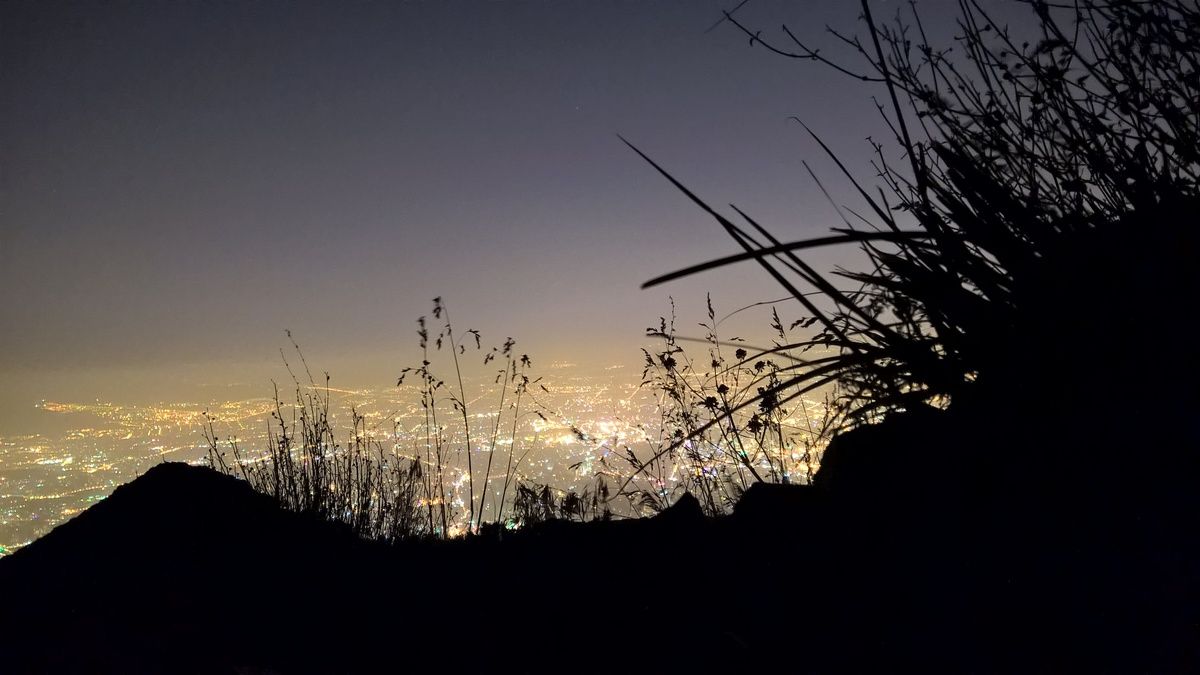 “Tehran city lights from mountain heights at night” by Mehsen is licensed under CC BY 4.0

A while back my cousin suggested that we go on a night hike to the Tochal peak like we did a few years back. I agreed on the spot since I’m always up for a good hike. We planed on starting the hike on 6 P.M., August 15. A night with near full moon shinning all night. Hiking under moonlight is an unmatched feeling. As we ascended, we talked and catched up with each other.

We didn’t make it in time to get into and spend the night in the Shirpala shelter. We rested behind its shut door a bit then carried on.

I spent some time taking pictures of the night sky. 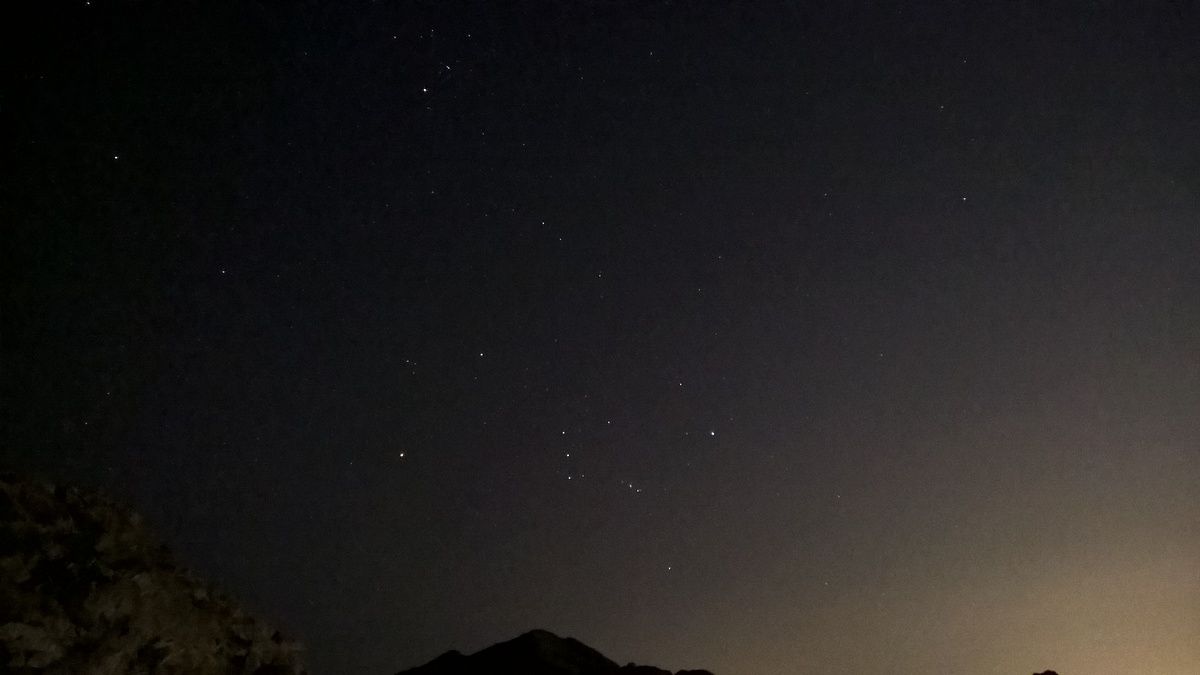 “Night sky and Orion constellation” by Mehsen is licensed under CC BY 4.0

Finally at 4 A.M. we decided that we are too sleepy to go on; and the moon was setting too. We slipped into our sleeping bags and dosed off quickly afterwards.

One and half hour later we woke up because we were freezing. We lighted a bush and savored the heat! As soon as the fire was out; we started moving not to freeze again.

“Burning bushes in Tehran mountains” by Mehsen is licensed under CC BY 4.0

From then on we continued (rather slowly) till we reached the top. All through the hike we met amazing people and felt challenged all the time.

It’s been a long time since my last post here. Mainly because I haven’t been practicing freewriting lately. I’m not as passionate about writing as I used to be a few months ago. It may be since I’m not currently reading any work of fiction.

This is the first post after my university exams and I want to focus on what I did on the first 13 days of summer. Starting a whole new category (Update).

As you can see in this post, written during last semester’s exams, there’s always a flood of new ideas on a variety of things you want to do during exams that you can’t afford to do then and there; because you have to spend as much as you can on studying. In the same post I presented a solution to get rid of those thoughts during exams, and not being bored afterwards. The idea was to write them all down. And that’s basically what I did.

These days I’m going through that to-do list. A lot of them don’t look that appealing now, but some of them are still looking good. This list saved me from boredom and inaction so far.

Traditionally I spent summers doing nothing. I was and still am an expert in that. Not Patrick-Star-level, but impressive nevertheless. By nothing I don’t mean leisure activities like watching movies or hanging out. Nope. Pure nothingness.

But this year there was a long overdue change. Now I have stuff to do and lucky for me I like those stuff.

A brief update on what I did so far:

Hopefully by listing these here, I’ll motivate myself and maybe you to do more, to do greater! We all can be a bit better, a bit happier, every passing day.

It amazes me every time I think about how enabling computers are. When used correctly even a very underpowered one can be a powerful tool to do incredible things. Coupled with the Internet, everyone with a PC has unlimited information at disposal, and can also contribute with information of one’s own. Each time I think about the possibilities the more excited I become.

What a time to be alive!

Today I Learned Google provides users a simple way to archive and download all of their data on Google. Including Gmail and Drive.

Few days ago someone approached me with a problem, “My Gmail ran out of space and I need all my emails, they contain important data.”

Instead of doing what I usually do and telling him he should have thought about a solution before the matter getting out of hand, I looked around for solutions. This resulted in finding a thorough how-to on backing up Gmail using a command line tool named gmvault on lifehacker.

It turned out to be a very good tool and did the work alright. But I looked for other ways too and that was when I stumble upon Google takeout which lets you create an archive of all your data on Google services.

So my archive got ready in an hour, and my attempts to download it on a VPS failed miserably. And by miserably I mean after a few tries I encountered an error saying: “Sorry, you have already downloaded that archive the maximum number of times.”

Looks like the only way to download them is to do it on a modern customer browser. Which is reasonable since the archive contains A LOT of sensitive data and is unencrypted. But with my Internet connection and prices, downloading with a web browser is practically impossible. Oh and to worsen the situation, once I tried to download it on Chrome I faced a 403 error presenting itself in XML format to me. The joys of using the Internet in Iran!